The Ventura was never very popular with RAF crews. Although it was 50 mph (80 km/h) faster and carried more than twice as many bombs as its predecessor, the Hudson, it proved unsatisfactory as a bomber. By the summer of 1943, the Ventura had been replaced by the de Havilland Mosquito, in the bombing role. The last Ventura bombing raid was flown by 21 Squadron on 9 September 1943.

No. 299 Squadron was formed on 4 November 1943 from ‘C’ flight of 297 Squadron at RAF Stoney Cross, equipped with Ventura  Mk. Is and Mk.IIs, as a Special Operations squadron, dropping supplies and equipment to the French and Belgian Resistance partisans, by night. The aircraft served with 299 Sqn from November 1943 to January 1944, when it was replaced by the Short Sterling Mk IV.

This model shows the Ventura in the light bomber configuration, which is displayed in the Heritage Centre in a case with a mirror base, to show the bomb load more clearly.

Sunderland Model in the Heritage Centre, (for viewing when we re-open)

When the Centre re-opens later in the year (we hope sooner rather than later) the will be two new models to be viewed, which have been added to the inventory. The first is a Short Sunderland Mk.I, which was the mainstay of Coastal Command long range surveillance and convoy escort in the first two years of WWII.

This Italeri 1.72 scale model is of a 210 Squadron Sunderland based at Oban, Scotland in 1940, Code DA-G, Serial Number L2163. The photograph below shows the aircraft escorting Convoy TC 6, on 31 July 1940. The convoy left Halifax, Nova Scotia on 23 August 1940 and arrived in the Clyde, Scotland on 1st September. The convoy included seven Canadian Troopships, escorted by HMS Revenge, a WWI dreadnought battleship, and the light cruiser HMS Emerald.

Sunderlands formed the backbone of Coastal Command’s long range capability in the first years of the WWII. Armed with either 500 lb or 250 lb bombs, or eight 250 lb depth charges, and 7 machine guns, the Mk I saw service in the early years of WWII, hunting U-Boats in the Battle of the Atlantic, from bases along the west coasts of England, Wales and Scotland and from Ballykelly in Northern Ireland. Major servicing and engine changes were carried out at RAF Calshot, when the aircraft flew down for maintenance, landing on Southampton Water and then being beached on a trolley and undercarriage system, to allow the engineering to be carried out on land.

Following the rapid evolution of the Government’s response to the Covid-19 virus pandemic and the advice issued during this past week, the Trustees have decided to suspend all visiting to the Heritage Centre and the PowerPoint educational presentations to interested community groups, until the threat of person to person infection is no longer significant.

The safety of our volunteers, the majority of whom are in the ‘at risk’ group, and of our visitors and audiences is paramount in this decision. We realise that this will disappoint many who planned to visit the Centre, or to receive a presentation, in the coming weeks. However, although this action will reduce our income to nil, and seriously damage our financial viability, in the coming months, the Trustees have no choice but to comply with Government instructions. Like many small Registered Charities, we rely heavily on footfall and personal contact to generate income, without which the future is uncertain.

As soon as the situation abates to a level considered safe for visitors, we will update this advice on our website. In the meantime, we thank all FONFA Members for their support and loyalty and trust that we will be able to stage Open Days again, at some time later in the summer. If anyone has queries or questions about issues relating to our Charity, please use the e-mail address for contact: fonfa2010@gmail.com

Our second 2020 Open Day will take place as usual, from 10 am to 4 pm, this coming Sunday, 15th March. Hand sanitiser will be available for all our visitors, on entry.            We would ask that all visitors use the hand sanitiser, for their own and other visitors’ protection, as well as for the safety of our dedicated volunteers. A toilet is available for frequent hand washing, as required.

The interactive displays will operate as usual, with regular checks and cleaning by our volunteers, as necessary. We would only ask you to refrain from touching any models, stair rails, display cases and wall mounted panels, or exhibits, during your visit.

Posted on February 25, 2020 by fonfaholmsley

The annual commemoration of the Glider Pilot Regiment was conducted by the Very Reverend Alan Jeans, Archdeacon of Sarum in the Church of England Diocese of Salisbury, at the Tilshead Memorial, on Saturday 22nd February, in the presence of over 100 people, which included WWII Veteran glider pilots and both serving and former Army personnel, including former Army Air Corps, Parachute Regiment and Special Forces soldiers. FONFA was represented at the ceremonies by Dr Henry Goodall, Chair of Trustees, who served briefly in 1oth Btn, The Parachute Regiment, in the 1960s. 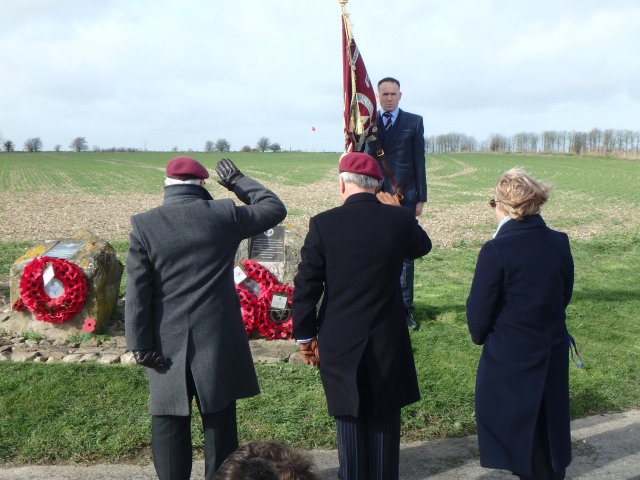 Veterans saluting the memorial. In addition to the Annual Service, two new memorial seats were dedicated; one next to the Memorial and the other adjacent to Tilshead Village Hall, in the centre of the village.

Very Rev. Alan Jeans conducts the seat dedication at Tilshead village hall. Tilshead camp was the original residential training base for Glider Pilots in WWII. Training operations were distributed all over Hampshire, Wiltshire and Dorset, on suitable airfields, notably at Netheravon, Christchurch, Stoney Cross, Beaulieu, Holmsley South and after Operation Overlord in June 1944, a ‘Glider Snatch’ Unit was based at Ibsley, for the recovery of Hadrian (CG-4A) gliders from Normandy.

Literally thousands of training flights were carried out in the New Forest area during WWII, involving gliders and parachute drops, in less than three years, all practicing for the assault operations on the continent, in 1944 and 1945. The original design and testing of the Horsa glider was carried out at RAF Christchurch, before the construction was farmed out to major furniture manufacturers, all over the country. Glider assembly was then concentrated at major centres, notably at RAF Christchurch and RAF Brize Norton, in Oxfordshire.

The Horsa (A.S.51) was the main British operational glider in WWII, used in large numbers in Normandy (in June 1944), Arnhem (September 1944) and the Crossing of the Rhine (Operation Varsity) in March 1945. With an 88 foot wingspan and 67 foot length, it could carry 25 fully equipped troops, or a jeep and small artillery piece, plus crew.          The Horsa first flew on 12th September 2041, piloted by Airspeed’s Chief Test Pilot, George Errington, towed by an Armstrong Whitworth Whitley, from what is now London’s Heathrow Airport.  Over 3,600 were built, in three and a half years, with over one third  of those being used during actual assault operations. Veteran WWII Glider Pilot Frank Ashleigh’s photograph and extracts from his logbook are shown below: 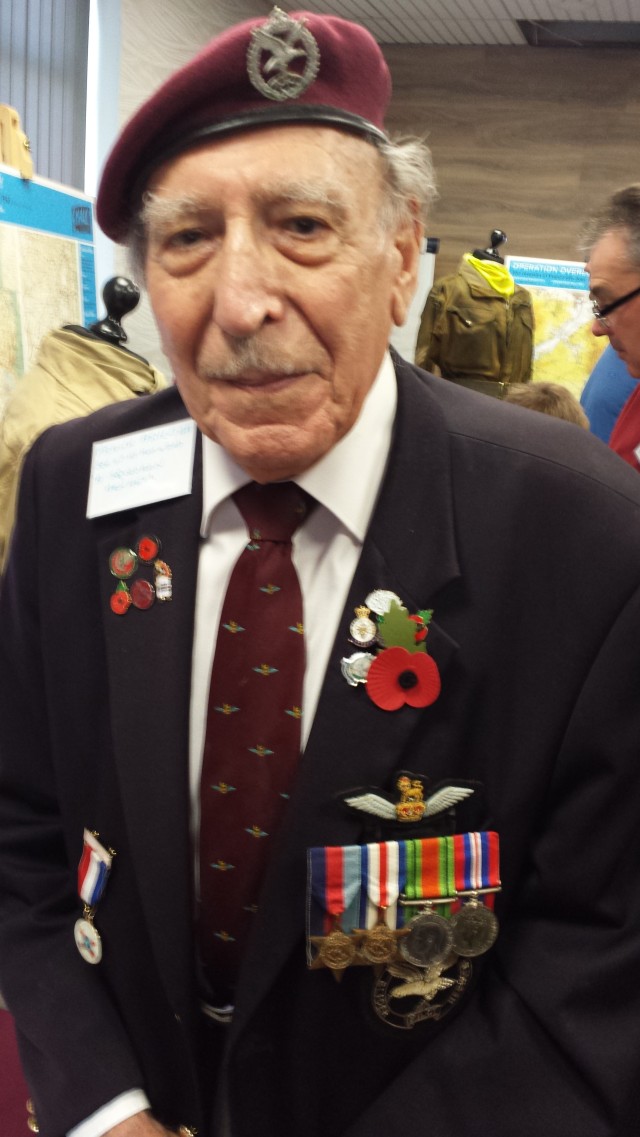 Posted on February 24, 2020 by fonfaholmsley

The following article was published in 2000 in the Ninth US Air Force Association newsletter, Volume X No.4, to which we give full credit for its inclusion. We relate it here, not because the incidents occurred on a New Forest Airfield, but to ensure that this unique story does not become lost in the mists of time.                                                                          Henry Goodall writes “I first met Ray Hawks at the 2005 Reunion of the 367th Fighter Group in New Orleans, when he told me the story of his near death experience, on rolling a P-47D Bubbletop Thunderbolt, when returning from a mission in Germany, in April 1944. He was by then a wiry engaging 80-something year old, with a quick wit and a ready smile. Although he was a ‘replacement pilot’, who arrived to join the Group in December 1944 and stayed with them until the end of hostilities, his story is important, as it explains an anomaly, which I have never before seen explained in any description of the 9th USAF in WWII, or any book about the P-47 Thunderbolt. It is quite common to see illustrations and photographs of late war P-47 ‘Bubbletops’ both with and without a fin fillet in front of the standard fin. However, no explanation for the difference is ever given with the accompanying text or description. This story gives the real reason; the time, the place and the solution, which gave rise to the modification.” 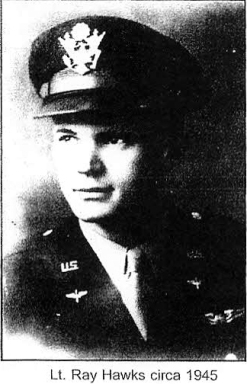 Back on the ground, the news spread quickly through his unit and several other Groups immediately adopted the fillet as a standard ‘in field’ modification. Although the Republic engineers knew about the ‘Bubbletop’s vicious characteristic, which of course had never occurred in the ‘Razorback’ P-47, due to the high ridge running from the cockpit to the fin, they had never come up with a solution. It had taken Ray’s prior engineering know-how to solve the problem. And that’s the true reason why you see illustrations and photographs of late WWII Thunderbolts both with and without the fin fillet -Henry Goodall.

Posted on February 10, 2020 by fonfaholmsley

Wing Commander Russ Bannock, who died aged 100, on January 4th 2020, was one of the last of the Canadian “ace” fighter pilots; he went on to spend a lifetime involved with aviation and was inducted into Canada’s Aviation Hall of Fame. Bannock joined No 418 (RCAF) Squadron in June 1944, serving at RAF Holmsley South and other local airfields in Hampshire, flying Mosquito FB VI night fighters.

His obituary is listed at: https://www.telegraph.co.uk/obituaries/2020/02/09/wing-commander-russ-bannock-canadian-fighter-ace-spent-lifetime/

Details of his wartime and post war careers are described, in the obituary. A scale model of his personal aircraft is publicly displayed in the FONFA Heritage Centre Museum, on this year’s Open Days, listed elsewhere on this website under ‘Heritage Centre Open days and What’s New’.

Posted in Uncategorized | Leave a comment
FONFA
Blog at WordPress.com.